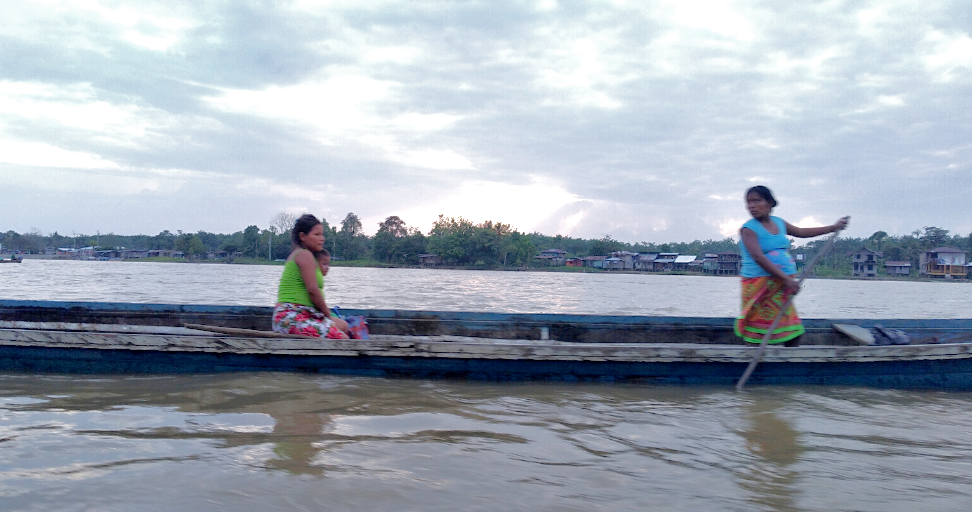 Bogotá C.D. Colombia, July 3, 2020. Cases of sexual violence against girls and women, where perpetrators of the crime are members of the Colombian Armed Forces, have been growing. According to the Conflict Observatory, “between 2006-2016 a higher number of cases associated with the military was registered, with 90 acts of sexual violence”, and between 2016 and 2020 the number rises up to 118 cases, as stated by the Army commander himself, General Eduardo Zapateiro, to the media on July 1 2020.

Indigenous people are one of the segments of the population victim of this crime, as was recently evidenced when cases of sexual violence against two minors from the Emberá Chamí peoples, (Risaralda province) and Nukak (Guaviare province) came to light. For the United Nations Population Fund – UNFPA – “in 2020. based on the RUV (Victims Registration Unit), of the total number of women victims of crimes against sexual integrity, 19.5% are women with black, Afro-Colombian, Raizal and Palenquera ethnicity; and 5% are indigenous women”. This shows that Colombia lacks of institutional offer and protective environments for girls, boys and their communities, especially in rural and border areas, contrary to Court Rulings (T-025-05, A 004 and 005 -09) that order priority and effective protection for them.

“A group of organizations have insisted for over two decades that the principle of distinction of the International Humanitarian Law that prohibits the involvement of rural communities in armed confrontations and that military bases are located in ancestral territories be fulfilled because the militarization of the territories modifies its’ cultural logics and results in child recruitment, sexual violence and other human rights violations, “says Lina Tobón Yagarí from the leadership of Akubadaura Community of Lawyers.

Much of the indigenous territory becomes attractive for the exercise of illicit activities related to drug trafficking, illegal mining for illegal groups, legal activities amplifying the agricultural and livestock border and other economic interests in their territories, precisely because they are in jungle or forest areas difficult to access, which puts communities in the middle of the territorial dispute of the armed actors.

Located in these areas, in addition of the fact that being part of an indigenous group in Colombia considerably increases the probability of being poor or living in a condition of misery, are conditions that favor the practice of the so-called “infatuation”, a strategy to obtain information and sexual access to indigenous women and girls taking advantage of their “economic needs, affective gaps and institutional absences”, as explained by the Women and Armed Conflict Work Table (2015).

Indigenous girls and adolescents face a particularly difficult situation in the context of the Colombian armed conflict, both due to situations of sexual violence not limited to the physical invasion of the human body, but also including acts that do not involve penetration or physical contact (Court ruling 092 of follow-up to judgment T-025 of 2004, 2008), as other forms of violence against women. In this sense, the IACHR indicates that their situation is “especially critical due to the history of discrimination and exclusion based on their status as women and indigenous people, and the serious effects of the armed conflict. Indeed, the pressure exerted by armed groups on indigenous territories, whether for reasons of military strategy or for economic reasons, has an especially serious impact on the lives of indigenous women. (IACHR, 2006)”.

Although the Peace Agreement, and in particular its’ Ethnic Chapter, sought to guarantee the non-repetition of these types of violence and the ethnoreparation of those already generated, the recently reported violence shows that implementation has not yet materialized, generating the absence of protective environments for children and their communities. The Government, in addition to establishing policies and implementing actions that guarantee the eradication of these behaviors of violence against women, in dialogue with ethnic peoples and communities, must design a route for the restitution of rights to victims so that they can access the full enjoyment of rights such as food, good treatment, non-stigmatization, education, health, conditions that, as said, are already precarious for indigenous people, despite Court Rulings and jurisprudence that advocates their physical and cultural survival.