The Embera peoples (people) are made up of two groups: the Dobida (river people). The Eyabida (mountain dwellers) who, at the same time, are divided into Katío and Chamí.

Their origin its known to be the San Juan river in bordering areas between the Colombian provinces of Risaralda and Chocó, in recent decades they have moved to 18 Colombian provinces, among them 19 isolated settlements in the provinces of Bolívar, Boyacá, Caquetá, Casanare, Meta, Santander and Tolima”. (Safeguard Plan. Interior Ministry 2012, p.67). In addition to Colombia there are some Embera groups in Panama and Ecuador.

The Emberá resist violence in their territories. The Constitutional Court of Colombia Ruled in their favor trying to stop their physical and cultural extermination saying that “due to its destructive consequences on the ethnic and cultural fabric of these groups, forced displacement generates a clear risk of extinction, cultural or physical for indigenous peoples. Those who were already at risk prior to the impact of the armed conflict, are nearing the end; those that don’t, are at high risk of cultural and physical extinction. ” (Auto 004 of 2009, p. 12)

Crafts are the expression of indigenous people’s work and cultural heritage, their customs, the use they give to things, therefore they surpass the object as a decorative element since they build their culture in the daily routine of hunting, sowing and rituals.

Emberá Dobida: in their fabrics they tell stories of sowing, harvest, the daily life in the territory, hence its strong colors. They weave baskets, pottery, and necklaces in tiny colored pebbles while singing songs in their mother language.

Emberá Katío: their fabrics are related to the jungle, the river and animals, that’s where they collect yellow, coffee and ranges of green. The woman is the one who raises and cares for the minor species.

Emberá Chamí: their fabrics are related to their original language, their worldview and the spiritual world, as well as their constant communication with the jungle. 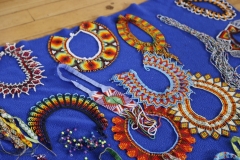 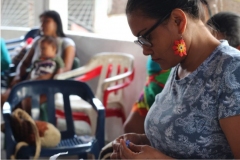 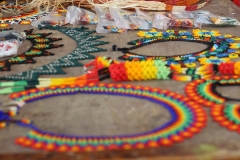 Indigenous knowledge and thought are symbolized in their dress and, in this sense, they are part of their own forms of communication. 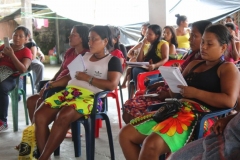 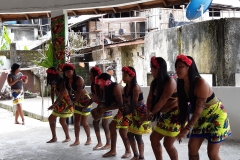 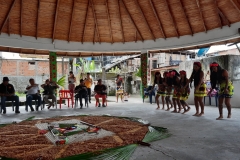 Face and body painting are part of the identity of the Emberá Dobida and Eyabida (Katío and Chamí), Nukak and Barí peoples, but it is also their form of expression of cosmogony, of the spiritual and of the earthly.

Emberá Katío (Eyabida): man and woman manifest themselves through their body painting, with it they strengthen collective life, thought, feeling, acting, according to the cycles of the environment they inhabit.

Emberá Chamí (Eyabida): on their faces symbols of protection, safety, strength for their life and for their people. 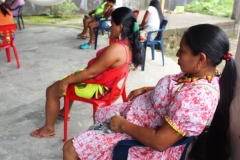 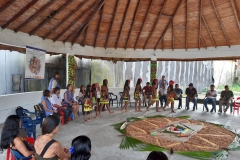 They live next to the water, that is why they take special care of the rivers, which are their main source of food. In those semi-nomadic villages, subsistence crops also constitute part of the food diet of these communities.

Emberá Dobida and Chamí: for them the way to take care of their original world is by harvesting, hunting and fishing, they mostly cultivate corn and bananas.

Emberá Chamí: fishing and hunting is their permanent activity and the basis of their agriculture is coffee, cocoa, chontaduro, corn, beans and sugar cane. 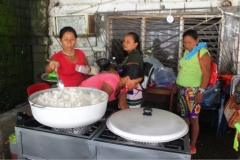 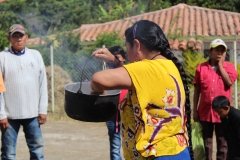 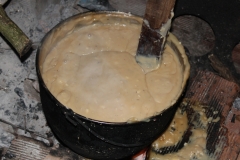 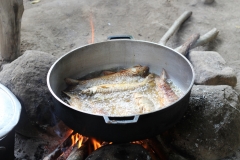 The landscape is the territory of indigenous peoples and communities. The territory is their chagras (crops), houses, but also the mountains, jungles and rivers. 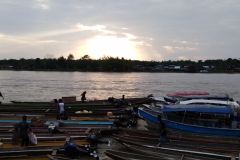 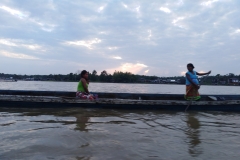 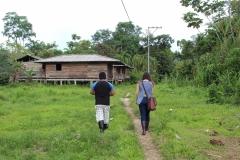 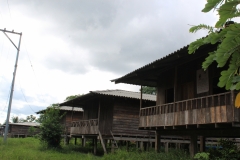 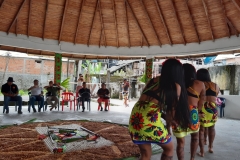 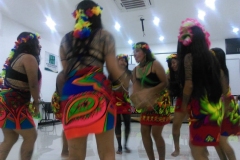 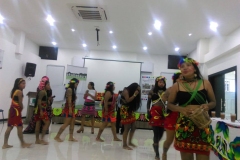 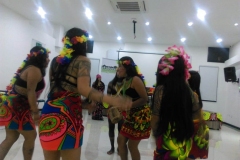