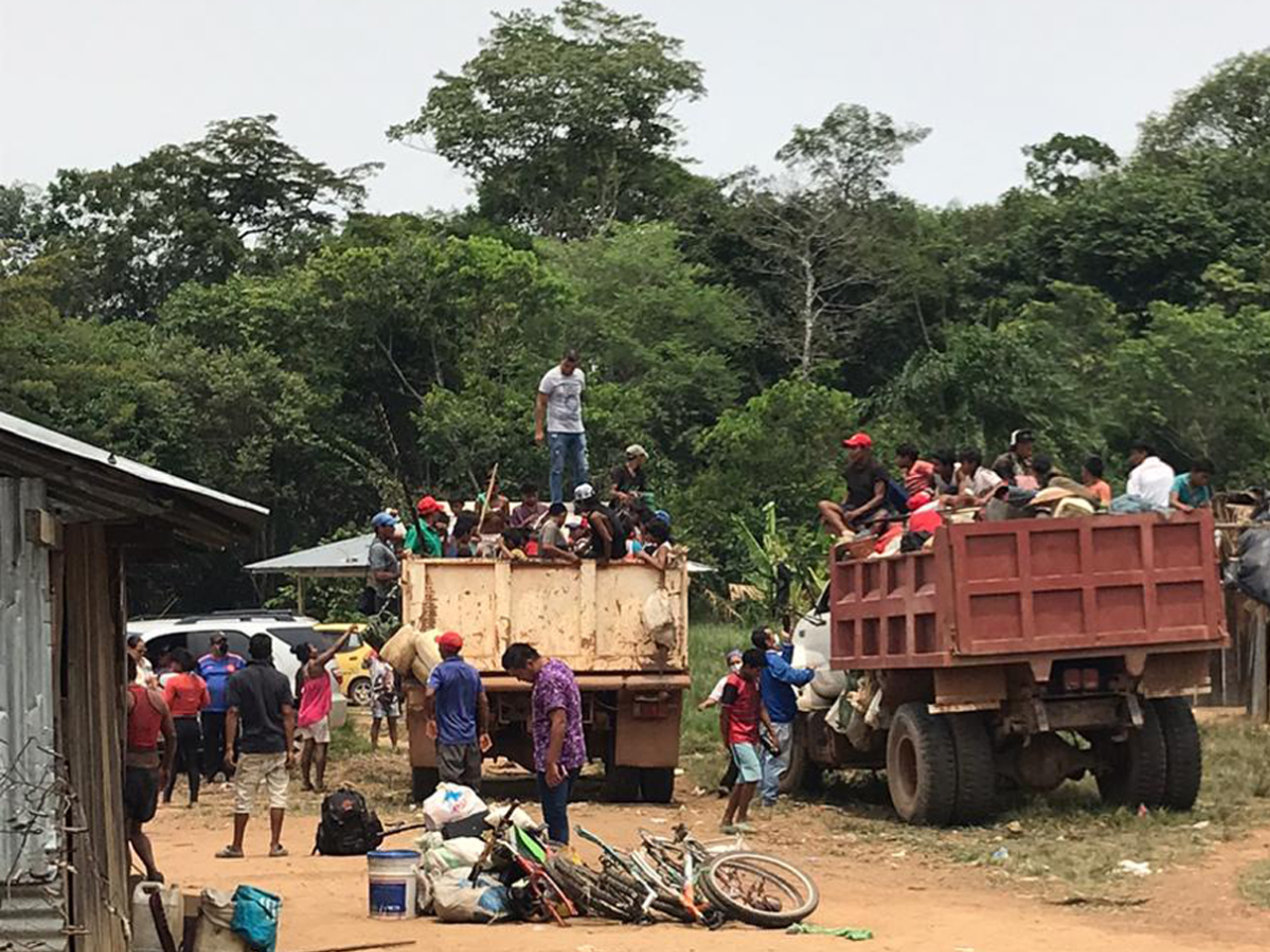 • Two of the eight Nukak settlements in Guaviare have gone into isolation.

• Akubadaura in coordination with the mayor of San José del Guaviare and Government Agencies donates food and tool kits.

• We call for attention of the authorities to prioritize aid to the Nukak people to guarantee their survival in the face of the threat of the pandemic caused by Covid-19.

San José del Guaviare, March 28th, 2020. The Nukak are the last people in initial contact in Colombia, who, in their first contacts with the western world (in 1988 and 1993), saw 40% of their brothers and sisters die after getting the flu. Today, faced with the threat posed by Covid-19 and as a preventive measure to protect the community, the Nukak people decided to isolate themselves by entering the depths of the jungle.

The Nukak at  Agua Bonita and El Capricho settlements, being the closest communities to the urban area of ​​San José del Guaviare, were the first to be relocated, it is expected that in the next few days the Guanapalo, Caño Maku, Cumare, Tierralta, Charras and Puerto Flórez settlements will enter into preventive isolation.

The Akubadaura Law Collective, in coordination with the Mayor’s Office of San José del Guaviare, and Government Agencies such as the Unit for Reparation of Victims -UARIV-, has been accompanying the Nukak people in this process, providing logistical support and resources for facilitate their isolation and guarantee the life and well-being of this community.

On Monday, March 30, Akubadaura will donate food and survival tool kits to the brothers of the Nukak people who are placed in preventive isolation. This donation is given in addition to the supplies, food, fish and transportation announced by the Mayor of San José del Guaviare through its Ethnic Liaison office. From Akubaduara we call the attention of the territorial and national organizations and agencies, so that in response to the Circular 015 of 2020 of the Ministry of Interior, the humanitarian aid to the Nukak people is prioritized as a population in recent contact, so that they can have measures for prevention and action in the face of the COVID 19 pandemic, understanding the high risk of contagion that this indigenous population presents at risk of physical and cultural extermination.