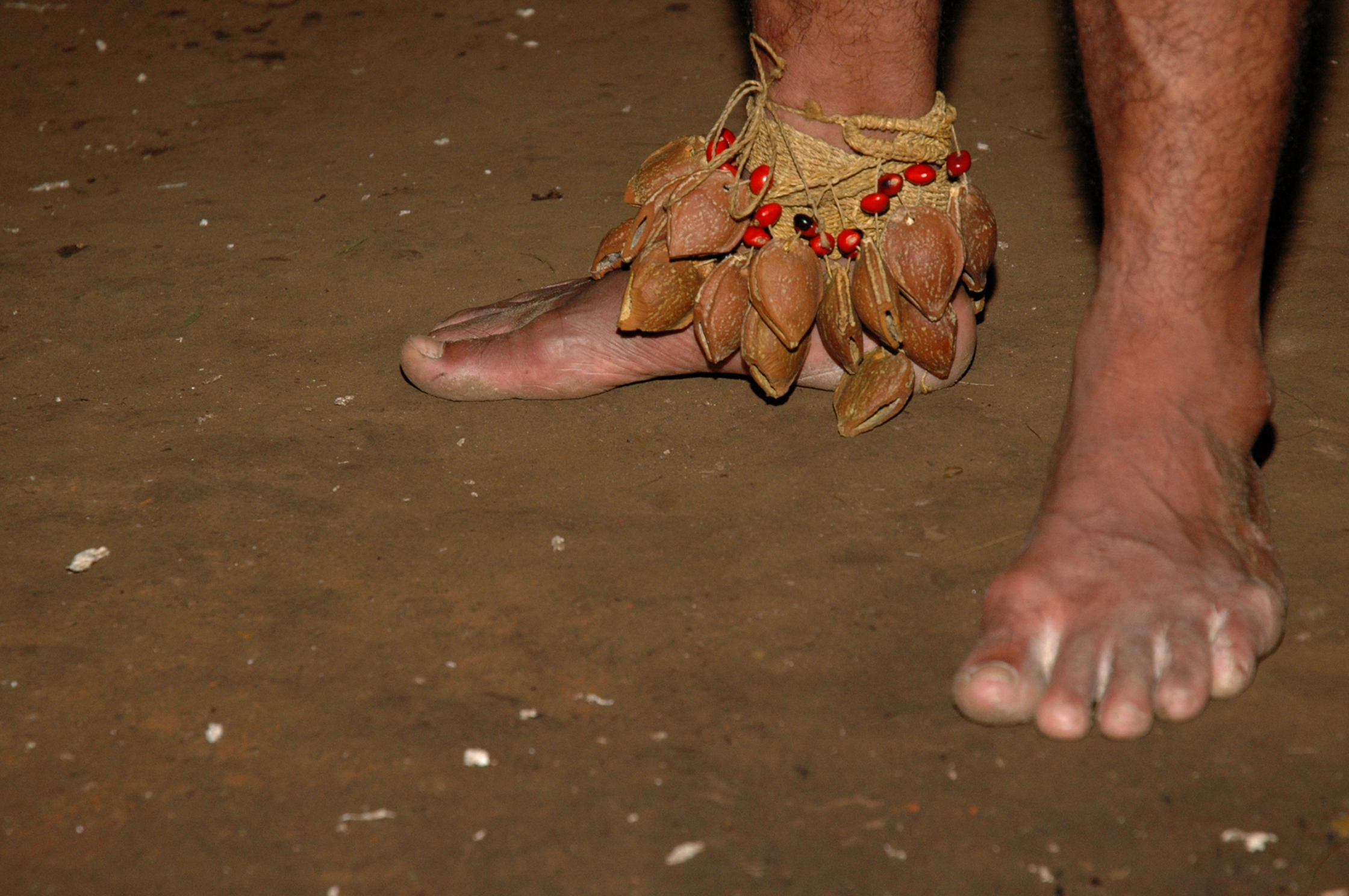 Today we look to the future with hope, optimism and opportunity. In simple acts of change of government we can see a recognition of the social, cultural and historical value of indigenous peoples in Colombia, our presence and relevance in the public arena is not cosmetic but active and constructive. Looking into the future forces us at the same time to look into the past.

“It means remembering the whole history, where we come from, where we are, where we are going, and this is very important because finally it is like starting from the same origin, remembering what has happened, and asking ourselves what has marked us as indigenous peoples? What makes us identify ourselves today as part of an indigenous people? What does  memory, territory, harmony mean for us today? It is to think about this in order to situate ourselves and know what has happened and what each indigenous people hopes to be or continue to be in the future, understanding that in the midst of the history of each indigenous people there have been strong changes due to multiple factors and that these same factors have influenced all the transformations that have occurred,” says Rocío Caballero Culma, an indigenous woman of the Pijao people and lawyer member of the Akubadaura team.

According to official numbers, in Colombia, close to two million people recognize themselves as indigenous native people, in 117 indigenous peoples groups, and the communities with the greatest indigenous peoples presence are in departments such as Nariño, Cauca, Córdoba and La Guajira. In terms of security, indigenous people face armed conflict, environmental conflicts and structural racism.

In departments such as Chocó and Guaviare, deforestation is compounded by pollution caused by the exploitation of gold, oil and other traditional minerals, as well as “rare earth minerals” or “blackstone minerals” such as coltan, which fill the waters of almost all rivers with mercury. Illegal mining, logging, and trafficking of flora and fauna are carried out without any control by the corresponding authorities in a large number of territories. “12% of the Colombian Amazonian territory has a high occurrence of fires, especially in Putumayo, Guaviare and Caquetá” (Cinep).

“In the territories and with the communities where we work, the institutional disinterest in self-government processes, the needs and rights of indigenous peoples is evident. Structural racism and inequality mean that many of our ethnic communities remain in conditions of poverty, in permanent violation of their rights because despite the apparent recognition, the reality is different,” says Lina Marcela Tobón Yagarí, director of the Akubadaura Community of Lawyers.

For the United Nations, the term “racial discrimination” means any distinction, exclusion, restriction or preference based on race, color, descent, or national or ethnic origin which has the purpose or effect of nullifying or impairing the recognition, enjoyment or exercise, on an equal footing, of human rights and fundamental freedoms in the political, economic, social, cultural or any other field of public life. Communities of indigenous peoples such as the Nükak and the Embera in Colombia are experiencing a humanitarian crisis that evidences the condition of racial discrimination that affects them.

Today, indigenous communities face precarious conditions of health care, housing, food, protection of women, child care, guarantees of the minimum vital for the rescue of their own culture and territorial rights. The neglect to which the indigenous peoples in Colombia have always been subjected to, places them in a condition of backwardness in access to basic goods and services, with respect to the average Colombian. In practical terms, in light of the UN definition, this is the result of discrimination.

When in an assembly of an indigenous people, public officials arrive to speak with technicalities, or when there is no differential attention route with translators, or when there is no time required for the understanding of two ways of approaching the world, or when social standards generate beauty stereotypes, discrimination is generated, or when indigenous peoples are required to think, fill out forms, apply methodologies according to the Western concept of housing – education – clothing, these are practices of discrimination, in very common, if not daily actions.

In the allocation of resources, which have historically been denied to indigenous peoples, to which they are entitled by constitutional mandate, including the right to their own territory in dignified conditions and not cornered in low-productivity mountain areas, we also find discrimination. A fiscal policy, especially inequitable for ethnic peoples, where social and economic indicators show that being indigenous means being in the worst socioeconomic conditions and with the least opportunities to access any factor of social mobility, is also discrimination.

For years, successive governments have tried to implement what they have called the differential approach, which includes a gender, ethnic and age approach, however, neither their bets, scopes nor methods succeed. How this approach can be translated into the reality of guarantees and rights for indigenous peoples is not clear either to government officials, organizations or communities.

For example, the National Planning Department proposes a differential approach in its documents, in its guidelines, however, when looking at the processes and procedures requested for the presentation of projects, the fact that the uses and customs of the peoples are not taken into account, the educational differences that indigenous peoples may have compared to other sectors are not taken into account, nor the gap in the access and management of the technologies needed to fill out forms and access platforms.

This situation has its roots in colonialism and in the development of republican life in Colombia and Latin America in general. The way in which the rights of indigenous peoples were conceived, at the beginning of the republican life, proposed that all peoples and communities should be incorporated into the mestizo society, into their culture, into their thinking, denying their ancestry roots, and despite the constitutional progress, in the last 31 years, since the promulgation of the Constitution of 1991, it has not been possible to overcome this logic of trying to make indigenous people more western, more individualistic, more white. In short, that the communitarian condition be diluted in the thinking of modernity and that the indigenous be left as an advertising item. In the search for a sense of patriotism and a foundational myth of the nation, the indigenous past was used anecdotally, but this was not reflected in the effective recognition of the rights of the peoples as a result of their resistance.

The genocide that comes from the conquest continues in other forms today. The systematic assassination of leaders; the occupation and dispossession of territories; displacement and forced recruitment imposed by armed groups; sexual violence against indigenous women and girls by all actors, these are forms of ethnocide. But extermination comes not only from weapons but also from structural violence and racial discrimination.

The Constitutional Court issued Ruling T 025 of 2004 and Order 004 of 2009, recognizing that 39 indigenous peoples in Colombia are at risk of physical and cultural extermination, including the Embera people, and ordered the development of a program to guarantee their rights and an ethnic safeguard plan for each of these peoples, However, until now, in 2022, compliance is minimal, even more so when the armed conflict continues without respect for the civilian population, confining or displacing the communities, who upon arriving in the cities find no guarantees for their return.

In a globalized society it is incomprehensible that there are no relationships and interrelationships between groups, societies and cultures, when we talk about interculturality it is almost as if we were talking about interdisciplinarity. Here is another example: in the area of health care, there is a need for dialogue of knowledge between traditional medicine, such as the exchange and recognition between midwives and healthcare personnel, with the aim of reducing infant mortality.

Diversity is an undeniable fact. If we do not recognize ourselves as a diverse country, minorities will be discriminated against. That is why the 1991 Constitution begins by recognizing this fact, which has been denied since the construction of the national narrative. Indigenous peoples make a great contribution to Colombian society. Being diverse makes us richer, stronger.

As we are a diverse, multiethnic and multicultural country, it is necessary to be in tune with this stubborn reality for the benefit of future generations. The struggle to overcome inequality requires the participation of all and must be a commitment of society as a whole, but to advance in this we must start from the recognition of the ethnic and cultural diversity of our country. Only in this way will we be able to move towards inclusion, forgiveness, reconciliation and the construction of a multiethnic and multicultural national state.

Hope is confidence in a better world, peace is not an end in itself but a path that requires action and commitment for equality, for the well-being of all. Francia Márquez, Vice President of Colombia, Afro leader and activist, summed it up in her oath to take office in one sentence: “Until dignity becomes customary”.